He was someone who belonged in my wildest fantasies instead of a rest stop in the middle of Nebraska.

A sexy, cocky, Australian named Chance was the last person I expected to run into on my cross-country drive.

When my car broke down, we made a deal. Next thing I knew, we were traveling together, spending sexually-tense nights in hotels and taking unplanned detours.

My ordinary road trip turned into the adventure of a lifetime. It was all fun and games until things got intense.

I wanted him, but Chance wouldn’t make a move. I thought he wanted me too, but something was holding him back.

I wasn’t supposed to fall for the cocky bastard, especially when I knew we’d be going our separate ways.

All good things must come to an end, right?

Except our ending was one I didn’t see coming.

(Received ARC  in exchange for our honest review.)

How about starting a new life going cross country and meeting a hunk of an Aussie on the way- that is what happen to Aubrey. She needed her tire changed and Chance needed a ride because his motorcycle needed repair. The adventure that lasted eight days is absolutely hilarious including a fainting goat!! The chemistry between Aubrey and Chance is HOT!

I was Chance’s biggest cheerleader. I wanted him to be with Aubrey. I would love to have a real-life Chance!! This story will have you glued to your Kindle!!

Reviewer’s Note:
Cocky Bastard is the nickname Aubrey gave Chance because the initials CB were on his motorcycle bag.
Phenomenal read!!
Fun and enjoyable!!

Questions for the Reviewer:
(these are multiple choice answers) 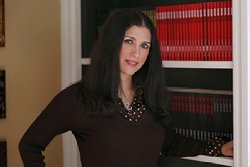 She grew up in Boston with five older brothers and spent most of her twenties as a television news anchor before switching to a more family-friendly career.

Penelope lives for reading books in the new adult genre, coffee and hanging out with her friends and family on weekends.

She is the proud mother of a beautiful 11-year-old girl with autism (the inspiration for the character Callie in Gemini) and a 9-year-old boy, both of whom are the lights of her life.

Penelope, her husband and kids reside in Rhode Island.

Vi Keeland is a #1 New York Times Bestselling author. With more than a million books sold, her titles have appeared in over fifty Bestseller lists and are currently translated in nine languages. She lives in New York with her husband and their three children where she is living out her own happily ever after with the boy she met at age six.